Description
In the labyrinthine streets of 21st century Paris, where every move is monitored and ever action recorded, a mysterious kidnapping sets into motion a catastrophic series of events that could ultimately prove the downfall of civilization. The year is 2054, and the Avalon Corporation has securely woven its way into every aspect of modern living by making youth and beauty the most valued commodity around. Troubles arises in the City of Lights when a high-profile scientist named Ilona (voice of Romola Garai) is kidnapped, and policeman Barthélémy Karas (voice of Daniel Craig) is assigned the task of solving the case. As his investigation leads Karas down a menacing path where death lurks around every bend, he soon discovers that events that took place in 2006 have cast a dark shadow over the future of humankind. A film that mixes Blade Runner aesthetics with stark, Sin City-style visuals, Renaissance was filmed using motion-capture animation and features extravagant production design by Alfred Frazzani (Immortel Ad Vitam). ~ Jason Buchanan, Rovi
Also in This Series 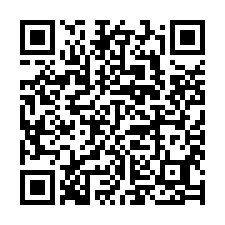