The lyrics of a Cajun waltz may be dark as midnight with heartache and trouble, but still the music swings. The same goes for what happens after a shifty musician and a lonely shopgirl let destiny sweep them into an ill-suited marriage in swampy southwest Louisiana on the eve of the Depression.

Love doesn't much figure between Richie Bainard and Esther Block. They build a business together while dreaming opposite dreams of fulfillment. But like a gumbo simmering with peppers and spice, desires finally come to a boil.

Three generations of the volatile clan grapple with the region's economic struggles and racial tensions. The Bainard children, twins Bonnie and R.J. and their half-brother, Seth, pursue separate cravings for money, sex, and religion. The chase in each case runs off the rails thanks to an ex-marine with a soft heart and a brutish devotion, a dazzling young stepmother of mixed race and mixed motives, and a high school tart who proves tougher and truer than all of them. Ultimately it takes the mass devastation of Hurricane Audrey in 1957 to cleanse the reckless passions. The aftermath is painful but pure, like an old blues song that puts tears in your eyes while you dance. 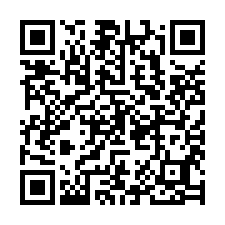