Description
Set adrift in the vast waters of the North Atlantic for a luxury New Year's Eve party staged in the ship's magnificent ballroom, the massive ocean-liner Poseidon receives an unexpected jolt when a rogue, 100-foot wave rolls it completely upside down, forcing the surviving passengers to fight their way to safety in Das Boot director Wolfgang Petersen's waterlogged blockbuster. Trapped beneath the waterline and implored by the captain to remain in place until a rescue team arrives, the panicked survivors struggle to keep their cool as the water begins to rush in, infernos blaze all around, and a loss of electricity plunges the doomed vessel into total darkness. Seasoned gambler Dylan Johns (Josh Lucas) isn't willing to wage his life on the prompt arrival of help, though, and as he attempts to navigate the treacherous, inverted maze of death, he is flanked by desperate band of like-minded seafarers including eight-year-old Conor (Jimmy Bennett) and his mother, Maggie (Jacinda Barrett), reticent stowaway Elena (Mía Maestro), suicidal Richard (Richard Dreyfus), and concerned father Robert (Kurt Russell), whose missing daughter may still be somewhere onboard along with her frightened fiancé. With a little luck and a little help from onboard waiter Marco (Freddy Rodriguez), the desperate team may just live to see the morning after. ~ Jason Buchanan, Rovi
Also in This Series 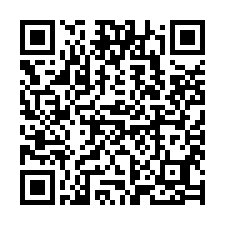