It had to be done: the Navajo code talkers remember World War II

Description
In early 1942, during the dark months following the bombing of Pearl Harbor, a group of 29 Navajo Marines, fresh out from boot camp, were taken into a room with bars on the windows and a guard at the door. Their task: devise a top-secret code that would thwart the sharpest cryptanalytic minds in Imperial Japan. And they succeeded. This book documents their staggering wartime achievement: the formation and use of the Navajo Code. But the book is also about the lives eight Navajo Code Talkers, told in their own words: the difficult living conditions faced during their childhood, and their boarding school experiences where the Navajo language was strictly - sometimes brutally - suppressed. This is their story. It's a story of humble origins; a code that the most brilliant minds were unable to break; a code that saved thousands of American lives. It's a story about their hazardous duty, often performed under murderous enemy fire, with some paying the ultimate price. It's a story about intelligence, courage, and ultimately, about patriotism -- Back cover.
Also in This Series 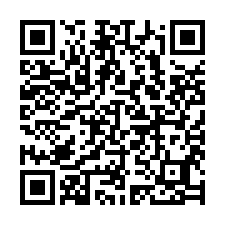