Description
Thomas Lynley (Nathaniel Parker) is a detective inspector with Scotland Yard; he's also the eighth Earl of Asherton, and his mixture of upper-class refinement, private-school affectations, and steel-nerved street smarts set the stage for this made-for-TV mystery based on the novel by Elizabeth George. A farmer is found decapitated in York, and Lynley and his new partner, Sgt. Barbara Havers (Sharon Small), are sent in to investigate. The farmer's reclusive daughter immediately confesses to the crime, but Lynley has a hunch there's more to the crime than she's telling him. He discovers there are more than a few people who would stand to gain a great deal from the farmer's death. While Lynley struggles to get to the bottom of the case, he soon finds himself butting heads with Sgt. Havers; she's as much a part of the working class as he is entrenched in blue-blood society, and initially they blend like chalk and cheese until she gets to know the man behind the pretentious facade. Originally produced for British television, The Inspector Lynley Mysteries: A Great Deliverance was aired in the United States as part of the PBS anthology series Mystery! ~ Mark Deming, Rovi
Also in This Series 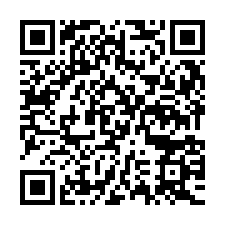